Reform of the construction permits for the competitive Western Balkans Region

In Serbia, the procedure of issuing construction permits is reduced from previous 250 to 300 days to 28 days, with the goal to have only electronic permitting as of the next year. 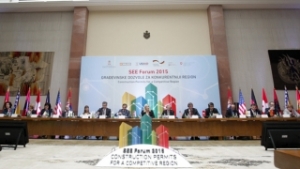 Opening the International Forum "Reform of construction permits for competitive region," Deputy Prime Minister of the Republic of Serbia, Zorana Mihajlovic said that, during this year, the number of issued construction permits increased for more than 50% comparing to the previous seven years average. The idea of organizing Forum is laying in common issues related to the area of construction that affect countries in the Region. "Our common goal is that Western Balkan becomes one of the most attractive destinations for investors and we are here to transform this vision into action," said Mihajlovic.

The ministers from the Region, representatives of international institutions and donor organizations presented their experiences in the reform of regulations in the field of construction and introduction of an electronic system for issuing building permits. The working version of the software for the electronic issuance of construction permits was presented to participants of the Forum.

International Forum "Reform of Construction Permits for Competitive Region" was organized by the Ministry of Construction, Transport and Infrastructure of Serbia, NALED, GIZ Open Regional Fund for the modernization of municipal services, financed by the Governments of Germany and Switzerland, and USAID Business Enabling Project.

What do business people say about inspection oversight

Second focus group – open discussions with business people about inspections and the Law on Inspection Oversight...

Focus group with representatives of republic and local inspectors 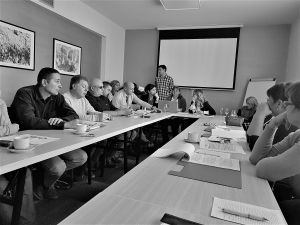 In an open discussions with inspectors, we have come up with possible solutions for improving the Law on Inspection Oversight...

Website development was supported by the Project "Improving Environment for Businesses at Local Level through Regulatory Reform" financed by the Swiss State Secretariat for Economic Affairs (SECO).